Who is Oli Bennett? 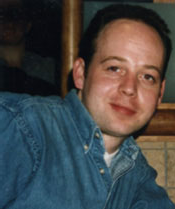 On the 11th September 2001, in New York, terrorists launched a catastrophic attack on the famous twin towers of the World Trade Center.

They hijacked and flew two passenger jet airplanes into the towers, causing the structures to collapse.

Over 2,950 innocent people, from all over the world, died as a result. The majority in the prime of their lives, successful, industrious, full of hope and promise.

Oli Bennett was one of those who died. He was covering an important conference, held at the very top of one of the towers, in his capacity as a successful financial journalist. He was 29.

The Purpose of the Charity 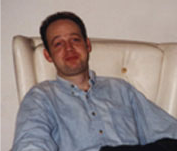 As a tribute to Oli, his family and friends have created a charity to help young people, from all backgrounds, get their business ideas off the ground and turned into sustainable, profitable organisations, whatever their scale.

The aim is to provide financial support, where other methods of fundraising may have failed, and to offer advice. Grants will be considered for those applicants aged between 18 and up to 30th birthday that are UK residents.

The Charity based in Amersham, was set up after Oli died in the September 11 World Trade Center attacks…

Oli was a fabulously kind and fair young man, and a passionate supporter of all people and their ideas. He felt it important to ensure that everyone had similar opportunities in life, and that it was the duty of those who had been successful to invest in those who, through no fault of their own, had had their choices narrowed or even blocked off completely.

For those seeking financial aid